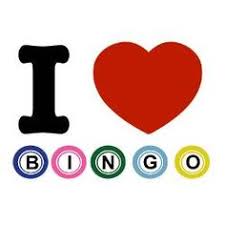 As a freshman adapting to life at New York University. I went to an icebreaker activity in my dorm. It was a game of human bingo. Instead of numbers the squares on the cards said things like “Find someone who’s a twin” When you did, you asked that person to initial their square. I saved the hardest one for last “Find someone’s who’s Jewish.” How was I supposed to know that? I was one signature away from victory, but though I had no chance, until my friend gestured toward a guy, he knew walking down the stairs and said he could help me. In the heat of the moment, I ran up to the guy and yelled “Jewish!” Right in his face – and was instantly mortified. “Yes, can I help you he said, I apologized profusely and explained, and he reluctantly initialed my card. I remember his name, Evan, because I planned to make it up to him. A few weeks later, I ran into him and his friends heading toward the dinning hall, and Evan invited me to join them. We had a natural connection no awkward pauses, just total comfort. We both love puzzles and bonded while he taught me how to solve a Rubik’s Cube. Ten years later, we’re happily married. Evan’s favorite thing to tell people “She had me at Jewish” -Kristen Chang