To Drink or Not To Drink

Over the last year, my husband has been watching out for an older homeless man, “Bill,” that he sees around his office building each day.

My husband brings him a bag lunch almost every day and has given him bags of toiletries, winter supplies and the occasional sweater.

I’ve been fully supportive, and have helped to pack supplies and lunches on occasion. I have been really proud of the compassion that he’s shown when that’s not typically in his nature.

Recently, I noticed that my husband had been putting beer from our fridge into the bag lunches.

When I questioned him as to whether that was a good idea, he told me that “Bill” had told him that he was dying of liver cancer, there was nothing anyone could do and that having a few beers was his one last joy in life.

I told my husband that I did not support giving Bill alcohol, as that was probably a factor with his illness. My husband argued that Bill should be allowed some happiness at the end of his life and that I should not be so “righteous.” 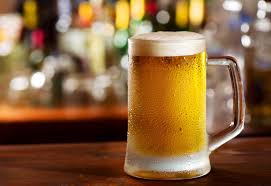 I love this question and its ethical issue, that once again proves the world is simply not black/white. I shared it with my students as a “What would you do?” I agree with Amy; the wife appears to be a bit mean. I also feel that the wife has said her piece, and if her husband wishes to purchase beer, let him. I believe in meeting individuals where they are at, but personally, I would not give beer to a dying homeless man, and not just because it appears he has other beer donors. I would be more concerned with how he is sleeping, if he has seen a care provider, and where the rest of his meals come from. I believe over time when you meet someone you can build a rapport and began to ask such questions. Would you supply this guy with a daily beer?

5 Responses to To Drink or Not To Drink