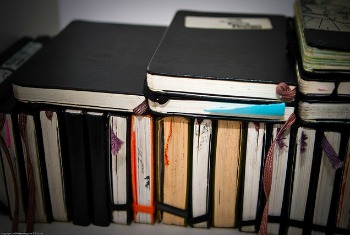 “It is so cold outside. I had to walk up the hill to grannies to catch the school bus with no socks and sweater. I hope today is pizza day cause I am really hungry. Didn’t go school yesterday. Aunt _ couldn’t pick me up for dinner because the snow and I didn’t make it to school. _ shared his subway sandwich with me but only a tiny bit. Then _ said, he was going buy me a winter coat but I know he’s a liar and probably just drank up all his money like he always do I hate that guy. _ is also a stupid crack whore, the heat is still off, and we don’t have any food again because she smoked it all up…I really wish God would hurry up and get me out of this house. My prayer thank you God for keeping me safe and the lock on this door hope they don’t sale that like they sold everything else in this stupid house. Thank you for my big brother _. Lord I hear people talking about the light can you get us out here and show us the light (The light does not mean suicide. My brother and I have never wanted to kill ourselves. We lived in hell and believed it couldn’t get any worst. The light for us represented a better life.) ‘God is light; in him there is no darkness at all’ (1 John 1:5 , ). The darkness is passing and the true light is already shining’ 1 John 2:8. The apostle John wrote these words to believers as a message of encouragement. He went on to say, ‘Anyone who loves their brother and sister lives in the light, and there is nothing in them to make them stumble’ (v. 10). ) Amen and thank you for keeping me safe bring us food and heat please. Goodnight” 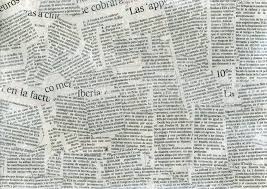 I share this poignant journal entry with you not for sympathy, but because I recently read this article (Defining Poverty in the Land of Plenty, Living in the Light of Poverty) and the ignorance enraged me (okay, that’s an understatement; you can fill in the expletives). By the Heritage Foundation standards I would not have been singled out as a poor. The authors’ list of “amenities” found in most poor households also irritates me. It includes a refrigerator, stove, and oven. Really? I echo  Froma Harrop, “We do not live in a third world country and so our definition of poverty need not compete with theirs. Having a household that includes heat, running water, and basic appliances is considered a necessity in the United States. I don’t want hear “The poorest Americans today live a better life than all but the richest persons a hundred years ago.” That may be true on a material level, but so what? Thomas Jefferson didn’t have running water in his treasure-filled, 24-room mansion, Monticello. Should running water be considered a frill today?” The nail for me was this: “In 2005, the typical ‘poor’ household had a car and air conditioning. It had one or more color TVs, cable or satellite service and a DVD player. If there were children, it had a game system, such as Xbox or PlayStation.” We all get the point made by authors Robert Rector and Rachel Sheffield. But there’s some missing information. Who bought the Xbox (I had a game system that my aunt bought)? Where was it bought (Third-hand at the Salvation Army store)? When was it bought (Two years earlier, before the parents were laid off.)?

My paternal aunts were professionals who picked up my biological father’s child rearing duties. I have lost count of how many times they took me shopping for school clothes and allowed me to bathe in their tubs as my “home” had no running water due to addiction being a higher responsibly. I looked like a “normal” child on most days, despite the long growl in my empty stomach or lack of sleep. Hell, I finally got my winter coat- lovely, warm, and a luxury for our below freezing winters. I loved it, but what others were unaware of was that coat was turned inside out at night and used as my sleeping bag on a dirty floor as I turned it inside out and  stuck my legs in the arms and balled up in a closet and slept. My message to Heritage Foundation would be if you want see poverty, go to the source. Go to a school and talk to children, don’t just make assumptions. or as Froma Harrop, suggest “The Heritage Foundation: Shut off the air conditioning at your Washington, D.C., headquarters for the month of August. Then come back and tell us whether a/c is a luxury. And no cheating with ceiling fans! “

2 Responses to Defining Poverty : Pages of a Career Journal