His name was David, but most just called him “the street fiddler.” David was a disheveled, older man who was a regular fixture in popular places in our city, serenading passers-by with unusual skill at his violin. In exchange for his music, listeners would sometimes place a dollar in the open instrument case before them on the sidewalk. David would smile and nod his head in thanks as he continued to play.

When David died recently and his obituary appeared in a local paper, it was revealed that he spoke several languages, was the graduate of a prestigious university, and had even run for the state senate years ago. Some expressed surprise at the extent of his accomplishments, having assessed him on the basis of appearance alone. 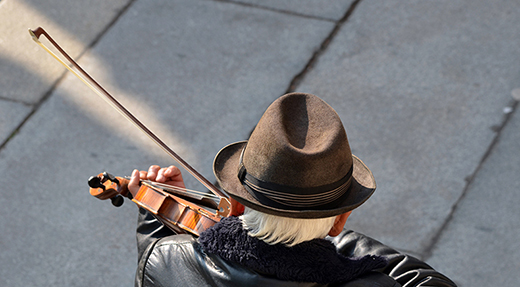 Heavenly Father, thank You for Your wonderful love for me. I pray that others may see Your love in my words and actions today.