Dealing With Offensive Remarks At Work

I am a middle-aged white female who works in a retail setting with colleagues whose skin tones are every color imaginable. I respect my co-workers, and they respect me.

Our company generally does whatever makes the customer happy. But this is the South, and because I am white, other white people think I am a safe place for their coded racist remarks. Yesterday, a customer remarked to me that she had to move to a city up north because, “when you have a very pale, blond, blue-eyed daughter, you have to get her out of [our diversely populated city], if you know what I mean.”

It caught me completely off-guard, and she breezed away before I could process what she said. I stood there with my mouth hanging open and just let it happen. I looked at the face of the young girl I was working with, who has brown skin, and I was ashamed I didn’t defend her. I need my job, but this has to stop. I want to make a stand, but how can I confront covert racism on the company dime? – Not at Liberty to Speak 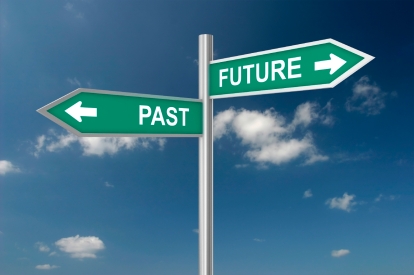 Sadly, many of us if not all of has  encounter moments like the one above., I had to present this one to my students and ask, “What would you do?” They are future social workers a profession built on social justice. I want them to ask themselves  what point do we speak up, and what’s the best way to communicate our beliefs? If we remain silent, how do we cope with the feeling that we are betraying our values?

As social workers, we are often faced with a very diverse population. I have found that honesty works best to shut downs one’s racism. For example saying, “I am sorry, but that makes me uncomfortable” has left many to stop and ponder. If I feel a person is going to want to argue with me, I go Amy’s route of ignorance “I don’t understand what you’re getting at?” My students’ answers were varied from “I would just act like I didn’t hear them” “Oh, I will hit them with the RBF (resting bitch face.)” Many of them said, “I would call them out, you know challenge them. I believe heated emotions often produce the least useful responses. “When people feel that they have to speak up in the moment and they aren’t comfortable doing so, they do it badly,”  I applauded them, as the conversation of race needs to be discussed, but there is a place and a time for that. The middle of a department store is often not the best milieu for such conversation, unless someone is refusing to provide one service. I, however, agree with Carolyn “Whatever makes the customer happy” does not translate simplistically into “Ignore customers’ racist remarks.” How have you reacted to racism? I have suggest my students read  Mary C. Gentile,  Giving Voice to Values: How to Speak Your Mind When You Know What’s Right

11 Responses to Dealing With Offensive Remarks At Work