I love the rave section in my paper. It’s the first section I read, but sometimes a rant isn’t a bad thing. We need to stomp our feet, form our hands into fists, and scream. So, let’s rant, but me first. My washer and dryer of 10 years died an odd death. It started when the washer went through a complete cycle, but when I opened the door a monsoon rushed toward me. My spouse and I had a spat that I didn’t properly close the door (I know I did). When he did a load, things went smoothly; that was until he put clothes in the dryer and the steam cycle malfunctioned, leaving all the clothes soaking wet. We rung out the clothes and continue to use the “timid” machines, until today the washing machine locked up- holding our clothes and linens in a soapy hostage situation. I called my plumber and he was kind enough to come out and confirm our suspicions. He informed us the machine needed a new fuel pump. I informed him I would think about it. Later that day I found few rant clippings and though this would be a great time to share them. 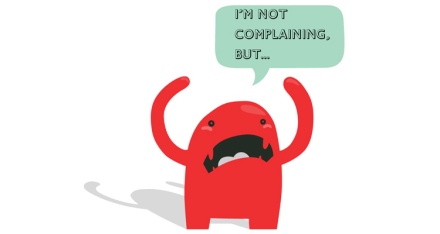 RANT I sort food donations at a local food bank and would like to ask people to please not donate expired food items. If you don’t want to eat it, others won’t either. The food banks have to pay to throw away expired items, so these donations are actually costing them money.

RANT To the cabdriver who picked me up at my retirement facility and lectured me about the inconvenience of not meeting him across the six-way-corner street so he would be facing the “right way” to my destination. When I explained I couldn’t walk the distance he assured me that I could! He continued to complain that I needlessly told him where to turn to reach the parking lot at my destination. I overtipped him to compensate for the short trip and he complained that I was trying to make him feel guilty. By comparison, the trip made my emergency dental appointment almost a pleasure. Thanks to my dentist and her staff for making me feel valued.

RANT To the San Juan Island local who told my wife and me to “get our bikes off the (expletive) road” during our vacation. Well Mr. Pottymouth Street Nazi, you don’t own the public roads, bicycles are perfectly legal where we were riding, and many of the residents on your “friendly” island depend on tourist revenue for their livelihood.

RANT To the driver who honked at my teenager when he hesitated a little too long for their liking at a four-way stop. I guess even having a student-driver sign on your car isn’t a shield against harassment while driving.

RANT To parents who apparently never tell their kids there’s an inside and outside voice to use, like the family at fast food restaurants whose child kept shrieking “Daddy,Dady Daddy” over and over while the father and siblings totally ignored him. I’ve heard kids screams like this in numerous business; it’s incredible annoying. If I acted like that, my parents would’ve yanked me out so fast my head would be spinning. Why don’t parents teach their kids not to scream when their indoors.

RANT to those homeowners and landscapers who so kindly blow their yard debris onto public roads, clogging storm drains and forcing the city to clean up the mess.

RANT AND RAVE Rant to the person who stole my son’s wallet in Seattle on New Year’s Eve, his birthday — the wallet contained cash, checks and gift cards! Rave to the kind woman who found his discarded wallet (missing most everything) and found a way to get in touch with him, as he lives in another state. Her kindness saved him a hassle at the airport that afternoon.