I want to offer a huge shout out to fellow riders of the northbound Link Light Rail from Sea-Tac to downtown Seattle recently. Mid-route, the doors opened and a homeless man carrying a crate and a shopping bag entered the train and slumped to the floor. A train employee approached the man asking if he was OK, and would he please move to a seat so the train could continue running. The man did seem inebriated but moved to the seat indicated by the employee near another passenger.

This smartly dressed male passenger repeatedly told the train employee to kick the homeless man out, that he did not want this man sitting next to him. The homeless man covered his head, distressed almost to tears.

Most of the other passengers called out things like, “Leave him alone, he’s OK.” My heart swelled to hear so many kind and compassionate riders come to this poor man’s defense. I asked my husband to see if the gentleman would want to move near us. A young girl offered a bottle of water.

No one is exempt from deserving kindness when their path is not the same as ours. 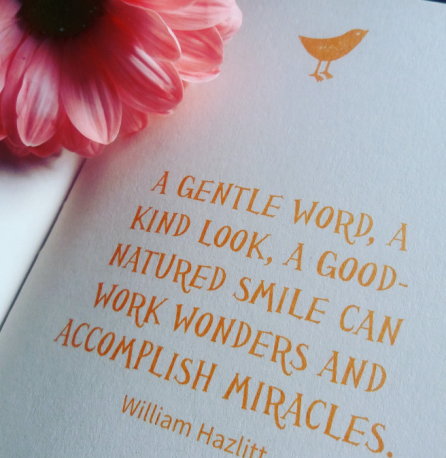 One of my favorite sections of the paper is the rant and rave section. I love these raves. Can you imagine the world just being a happy place?

RAVE To the Girl Scout troop that visited our senior community in Black Diamond with handmade cards and flowers on the first day of spring. It was so thoughtful and very much appreciated.

RAVE To the man who let us borrow his phone to call roadside-assistance service after a tire blowout, and then took us home when they said it would take up to three hours for service and came back to pick us up when they came to replace our tire. What a wonderfully caring person!

RAVE While I was waiting to pay for my flower arrangement at QFC, a gentleman also waiting chatted pleasantly. When I put my credit card on the counter he said, “They don’t accept that here.” I thought he was joking, but he’d paid for my arrangement as well as his, and gave me a big hug and left. There are so many nice people.

RAVE To countless community volunteers who give of their time and talents to make our world a better place. You are the best! Thanks especially to more than 700 Outdoors for All volunteers who enrich the lives of children and adults with disabilities through outdoor recreation.

RAVE To the hero at a McDonald’s who performed the Heimlich maneuver several times on a man in distress until his breathing resumed. I thought the hero should have had a round of cheers from the other patrons and at least the fellow he’d just saved, but we didn’t see any demonstration of thanks or amazement for what he’d done. Thank you to this wonderful gentleman for saving a life and showing that some people are super-humans

RAVE I’m in a concert band and was on my way to play at a graduation at KeyArena when I pulled into a pay parking space and realized I’d forgotten my wallet. I was too far from home to go back and was thinking who to call for help when a woman in an SUV asked what was wrong. She said “I’ve got this” and paid for my spot. I said “give me your address and I’ll mail you $20,” but she said “no way.” Then another woman with her said “Here’s $20 for lunch.” She wouldn’t open her hand to take it back when I said I really didn’t need it. I’ll definitely pay it forward!
RAVE To Habitat for Humanity for all their help. I’m a low-income senior citizen and they painted my house in October. Recently I broke a bone in my foot and called them for advice about a ramp for my steps. Unexpectedly they arrived at my house, saying “We’re here to build your ramp.” Thank you and God bless. If anyone is looking for a charity to support, this is a good one. When I get back on my feet I’ll volunteer for them.

RAVE AND RAVE UPDATE We received many emails and phone calls after the item in Rant & Rave on Sunday, Jan. 1, about a child’s Christmas gift of a donated RC car that was defective. The person who submitted the rant appreciates everyone’s concern but prefers to remain anonymous and requests that people donate to Hopelink, the Salvation Army, Toys for Tots or any food bank. Thanks so much to the many generous readers who responded to the story.

16 Responses to Radom Act of Kindness